A Point of View © 1996
A Door Closes and Another Opens. An Invitation to My Birthday Party.
By Paul V. Montesino, PhD., MBA, ICCP.

Every April 21, the lights on the posts of both sides of my memory lane shine brighter than ever. It’s a date I treasure because it happens to be my second beginning in life; no, not the time when I was merely a toddler starting to walk, it was the date when I landed at Boston’s Logan International Airport to restart my life. I had chosen the cradle of the American nation to be the cradle of my new life.

On that day, as the doors of an Eastern Airlines passenger four-engine plane closed behind my back, I was leaving behind my life story. Approximately four hours later, and several stops at various American airports when the same doors of that milk run opened in front of me, I faced for the first time in my life a new home that has lasted until these days: Boston Massachusetts, the place where on the same month in 1775, the 18th, Paul Revere had arranged to be alerted by one light if by land, or two if by sea at the Old North Church, of any impending British attack. He saw two lights. As for me, I arrived by air. Behind were my country, my wife, my family, even Miami’s Little Havana.

I call it a new birthday because that’s exactly what it was. When we change all of those elements mentioned above, it feels like being born anew. The old resources are no longer available or effective, we must try new resources that we create or are created by others. We must rely on what was previously unavailable or unthinkable. Either we survive and grow or we shrink and perish.

I was lucky to survive and grow. There were many friendly hands that reached to me and helped me step down the ladder of that airplane as I landed in Boston and there would be many more who trusted me and gave me an opportunity to succeed. Yes, there were others who tried to avoid me also. The supervisor in my first clerical job two weeks later, intrigued by my Cuban background asking me sarcastically “Do you smoke marijuana?”, was one of them. Today I could sue the skirts of that lady and the pants of her employer as well. I kept going hoping that such expression would be the exception rather than the rule. Three years later, when I became her boss, I had already forgotten the incident, although I’m not sure if she ever did. Oh, if it’s important, I had never smoked marijuana and never have, even after being legalized. I refuse to surrender control of my mind to any weed.

A few years later, after much grueling working evenings to complete my college education, I was inducted into the Honor Society because I had graduated with honors. At the time, I was already an Assistant Vice President in my company. My “marijuana curious” coworker wasn’t even around. Part of the celebration and induction into the Honor Society was an invitation to lunch with other honorees and the executives of the Society. The President of the Society noticed my Spanish accent, who wouldn’t? Trying to be as nice as he could be, he patronized me by mentioning “my slight accent”. He was wondering where I was from. “Cuba,” I responded. “I came from Cuba in the early sixties”. “Oh Cuba”, he responded making a yeoman’s effort not to stick a leg down his throat, “I know some Cuban families from Dorchester and most of them live on welfare. Actually, that’s not good. It’s a very costly situation for us.”

I was shocked. First, I didn’t know that the names or nationalities of people on welfare were public knowledge. Second, this guy was handing me a diploma and a medal for my honor efforts at the university (one whose name I prefer to ignore) with one hand, while showing me and my compatriots the middle finger with the other. There was a moment of disturbing silence. Obviously trying to unstuck the leg from his throat he approached me now with a supposedly friendlier question, “And where do you work?” I saw on his face an expression of hope; perhaps I was the exception to his stereotype.

I didn’t know how this guy had managed to rise in a professional organization with such an unprofessional mentality. I thought about an appropriate response for a second and decided to answer with the known $64,000 value that I knew would shake him to the core: “Oh, now I am not working. I find that being on welfare is better for me.” He moved his head a bit, didn’t answer, and excused himself to go to the restroom. What he was planning to do there I didn’t ask or care. By the time he returned I had left the room. This kind of honor I didn’t need. Never went to any of their lunches again.

I mention this story because with the good we are also served with the bad and the ugly from folks who can’t distinguish which is which. Some do it with jokes, some with insults, others with bullets. It feeds on their insecurities. Homo sapiens haven’t learned to live peacefully with others who are distinct in the same neighborhood. It’s not only in the United States, it’s all over the world. Carry a different gender, different race, different language, or different religion of social power and you are carrying a reason for prejudice and discrimination, even a motive for violence. Watching the news about the recent killings of Asians in Georgia is a sad reminder.

It makes you wonder, but that’s the price we pay while we wander. Still, as I remember April 21, my new Boston beginning, I try not to think of the door that closed behind me, I think of the one who opened in front of me and gave me a new life. Be ready to come to my birthday party to rock and roll. I don’t need gifts or donations; I only need faith and hope.

And this is my Point of View today.

A Point of View © 1996 What goes around comes around. By Paul V. Montesino, PhD, MBA, ICCP. I didn’t know I would feel compelled to return to the subject of one of my articles […] 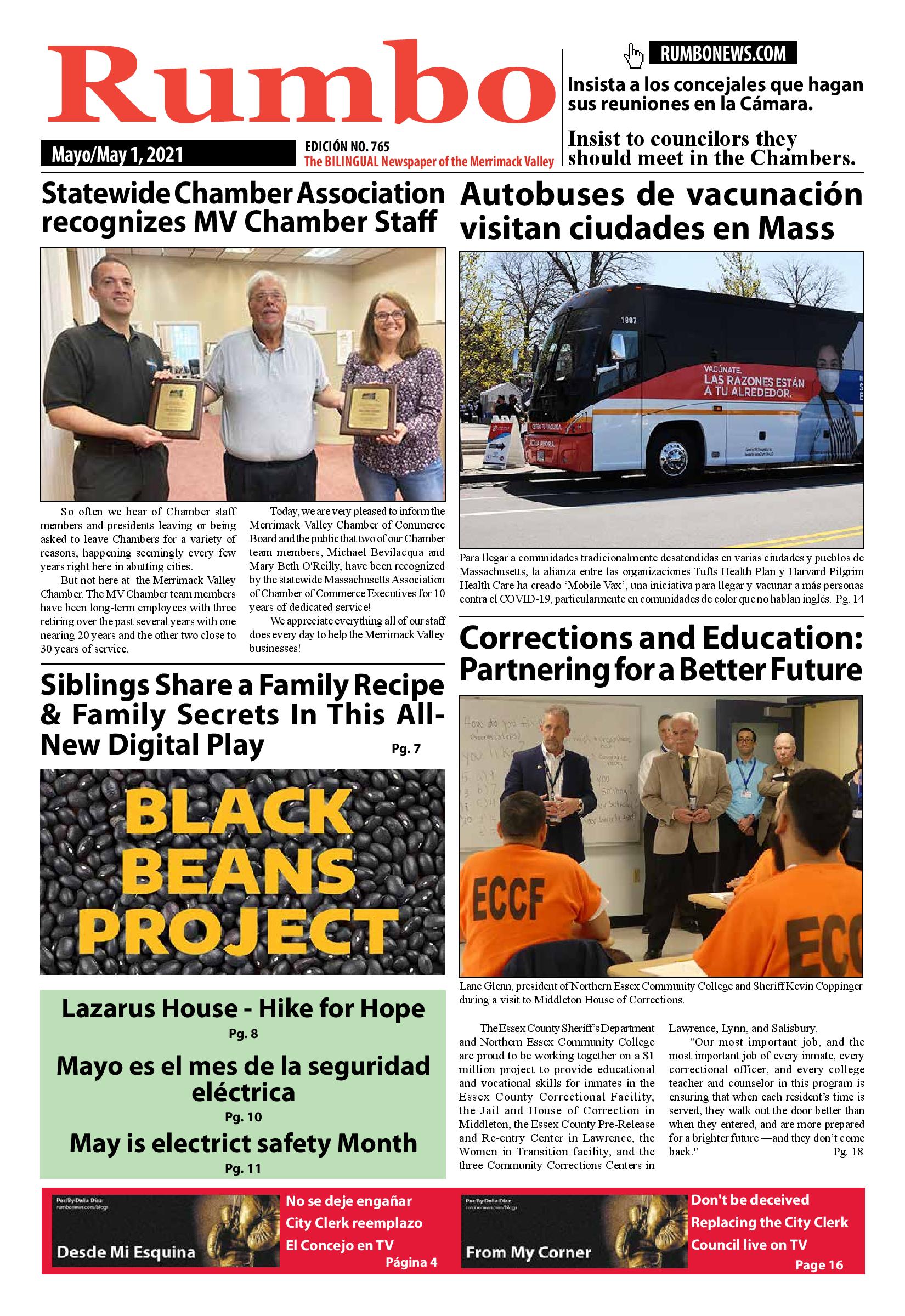