“I represent the fighting spirit of the Navy and those who have gone before me to defend freedom and democracy around the world.” These are the words of the U.S. Navy Sailor’s Creed and the driving force behind Lt. j.g. Jason Cherres’ leadership.

“I’m very blessed to be part of the legacy of Latinos and Hispanics in the armed forces, especially the Navy,” said Cherres, a Callao, Peru native, and Navy Supply Corps project officer assigned to Naval Supply Systems Command (NAVSUP) Business Systems Center (BSC) in Mechanicsburg. “Not a lot of people from Callao are experiencing what I am right now, and I have the Navy to thank for that.

“Hard work and dedication will always bring results, and that’s what I try to pass along to my fellow sailors as a leader, and to my teammates here at NAVSUP BSC,” he said.

Cherres is the son of Ricardo Cherres, a retired U.S. Army Master Sergeant, who performed a variety of information technology duties during his 24-year career.

As the son of a service member, Cherres is a naturalized citizen despite being born outside of the U.S.

“The Army provided an opportunity for my father and his family to experience other countries and learn about their cultures at a young age. I was blessed to be part of it. My father is my mentor, and I talk with him every day,” he said.

His parents moved to Tampa Bay, Florida, after his father retired from the Army in 1995. Cherres attended the University of South Florida and earned a Bachelor of Arts in mass communications in 2011 and a Bachelor of Science in management information systems in 2014.

“After earning my degree, I did sports television production for the New York Yankees, Tampa Bay Rays, and Orlando Magic,” he said. “I also worked in the IT field as an analyst and technical support.”

Cherres joined the Navy at age 27 after talking with a Navy recruiter.

“I wanted to serve my country and use my skills in either IT or logistics,” said Cherres. “He suggested I join the Navy, put me in touch with the right people, and my Navy career started soon after that.”

From June 2017 to February 2019, he served as the Disbursing and Sales Officer aboard the San Antonio-class amphibious transport dock ship USS New York (LPD 21) homeported in Mayport, Florida.

“My first tour was definitely a challenge. I only had six months of school leading up to it, was a Navy officer, and charged with leading a team,” said Cherres. “Leading a team of sailors and Marines on deployment was a great honor, and I learned a lot about myself and as a leader.”

Cherres said that being able to apply real-world experiences allowed him to adapt to this new environment.

“I think that’s where coming into the Navy later in life was beneficial,” he said. “I had more maturity than I would if I came in straight out of college. My real-world experience taught me why leadership was so important.”

Cherres also served as the Food Service Officer (FSO) aboard New York from March to December 2019. As the FSO, he planned and executed a Fleet Week Port Everglades Gala and events associated with the New York City Fleet Week.

“I will never forget being aboard the USS New York as part of the New York City Fleet Week,” he said. “It was a big task for my team, but we got the job done.” Cherres noted that his foodservice operation was featured on the show “Munchies” on VICE TV. During these events, Cherres and his team were responsible for providing food and supplies for more than 1,100 sailors and Marines.

“My first two positions aboard New York helped reinforce the importance of leadership to me. There is no such thing as a bad team, only bad leaders. My sailors work with me, not for me. I need them as much as they need me. They are the reason I’m here at NAVSUP BSC,” he said.

His experience aboard the ship also provided him a unique perspective at NAVSUP BSC. “It’s come full circle now that I am serving at NAVSUP BSC,” said Cherres.

NAVSUP BSC provides the Navy with information systems support through the design, development, and maintenance of systems in the functional areas of logistics, supply chain management, transportation, finance, and accounting.

“I work on the other end of systems I used aboard the ship such as Retail Operations Management and Food Service Management,” he said. “I think my experience as a sailor using these systems adds value to the team here. It’s a perfect partnership.”

Cherres said his assignment at NAVSUP BSC has allowed him to learn more about the other logistics applications used by sailors.

“The experts here at NAVSUP BSC are helping me tremendously. Serving the fleet 24 hours a day, seven days a week, is an important job, and we’re lucky to have some very talented and dedicated people here who do that,” said Cherres. “I want to take as much IT and logistics knowledge from here so I can apply it when I’m back aboard the ship and enable us to be more effective.”

The diversity of the Navy and the NAVSUP BSC team is something Cherres said he valued.

“Diversity is essential in any organization,” he said. “It’s important to me to acknowledge where I came from and see how far I have progressed in life. I came from humble beginnings and feel very blessed to be here.”

Each year the Navy and Department of Defense celebrate the contributions and accomplishments of Hispanic Americans from Sept. 15 to Oct. 15. Sept. 15 was chosen as the starting point for Hispanic Heritage Month because it is the anniversary of independence for five Latin American countries — Costa Rica, El Salvador, Guatemala, Honduras, and Nicaragua. In addition, Mexico declared its independence on Sept. 16, and Chile on Sept. 18. This year’s theme is “Honoring the past, securing the future,” with a focus on Hispanic American contributions in World War II.

“Hispanic Americans have served in the U.S. Navy since the Civil War, contributing to the strength of the nation’s force,” said Capt. Gene Cash, commanding officer, NAVSUP BSC. “The Navy is strengthened by the diversity of its force. I’m proud to be the Commanding Officer of a diverse team here at NAVSUP BSC. We must take time to salute those Hispanic Americans who have served nobly in the past and those that continue to serve today.”

Rufus Gifford is all about transparency in government

Interviewing the former U.S. ambassador to Denmark Rufus Gifford was refreshing because he didn’t sound like the politicians we are accustomed to see. Mr. Gifford declared his candidacy for Congress in Massachusetts’s Third District, the […] 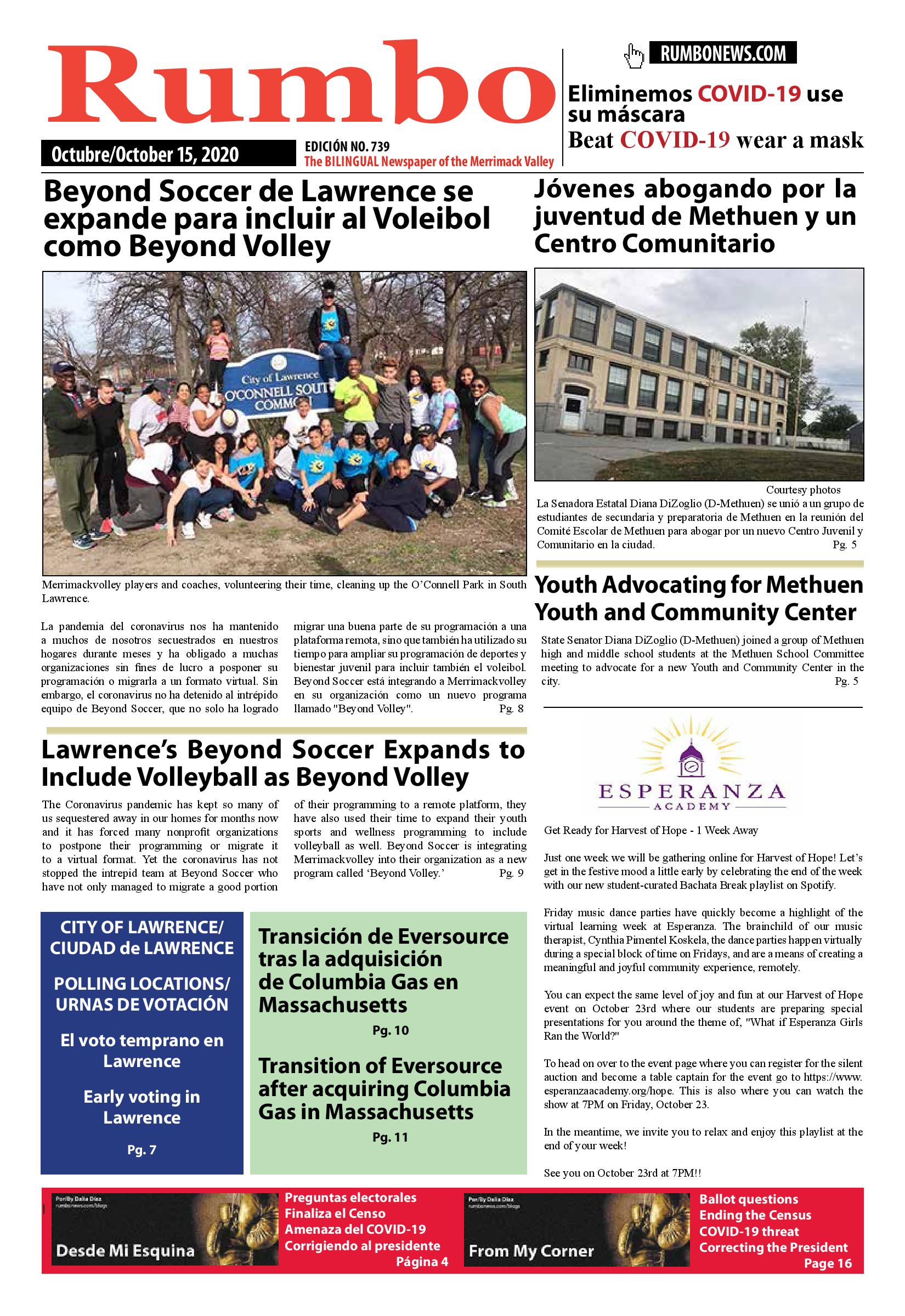