The bloody luck of the fighting roosters.

Cock fighting is not only about games, betting, entertainment and a source of much needed labor. It’s also a symbol, a metaphor so to speak, of “machismo.”

The cock is “us” and we are the cock as well. Any official attempt to forbid their bloody fights is seeing not only as an economic attack against our way of living, it’s also an attack against our cultivated male image and pride. We project our aggressions on our favorite cock and make him our agent.

On April 20, 2021, the Cuban government issued and published a decree law on animal welfare punishing violators with fines, but allowing cockfighting and Santeria religious slaughter. On January 14, 2021, in Puerto Rico, the nation and its leaders rose in anger protesting the efforts of a Federal judge to outlaw the practice of the so-called “sport.

None other than Mariano Rodriguez, a well-respected and recognized Cuban painter now defunct and being remembered in a Boston College exhibit, made his mark on the canvass drawing roosters in several positions and colors. He has named his subjects “El Gallo,” The Rooster. We can see that the hypnotic power of the male “Gallus domesticus” attracts artists’ creativity. We are familiar with cook fighting; being there, done that, but not a fan.

“Fico” and his world of cock fighting.

Summers are supposed to be slower times for those of us who write. They are moments when the mind goes on reverse and picks and chooses from old hidden reminiscences lying down somewhere. This one is no different, so I am going back down the proverbial “memory lane.”

I am sure my readers already know that I was raised in another country, another culture. It really does not make any sense to name it, it is not that important today, we can keep it secret, let you imagine it like a conspiracy between you and me; it was a Latino country if you should know. That is all we need for this story; it could be anywhere.

What some of you may or may not be aware of is that I also have a very good memory and am able to bring forth images of my early childhood and then draw them unto the canvass of my writings today. That provides me with an opportunity to relive those moments and place them in the context of my own experience then and now and share them with my readers. Of course, they are my own moments, instances that are obviously irrelevant to most folks, but truly existing in what we call our past. We writers are also painters, they with brushes and pastels, we with pens and grammar. I paint fiction from reality.

One of those images etched in my memory is the unique world of cock fighting. The other is the name of Fico, short for Federico, a gamecock breeder who spent his every living moment either raising a rooster to be the best fighter it could be or attending to the myriad business details of the trade, which are plenty. Fico was already an old man when I met him: short, thin like an arrow, intense and brisk, piercing eyes that looked at you as though seizing your cock fighting ability. He could be very friendly one moment; sarcastic the next; profane sometimes, all related to his birds; it was all part of the same persona.

Never had I imagined a cock breeder who wore long sleeve shirts and tie while performing. But there he was. Cock fighting was his career, his image of respectability. When he walked into the small coliseum-like cockpit, the noisy throngs tasting the blood of the fight, his shoulders straightened up; his height expanded. He walked as though he was wearing four shoes; two on his small feet, another two for support under his armpits to make them wider; one of the trained fighters in his hand. I always wondered.

He had his own “gallería” (cockpit) at home. Imagine you being a boxing trainer and having your own ring behind the house. And there was, of course, a wife and kids nearby always listening to the crows of the large cock livestock walking impatiently back and forth in the cages. I never could figure out how Fico made a living in that profession; not as a child, not as I grew up. Eventually though I found out.

He bred some roosters for very rich and influential people: politicians, businessmen, lazy wealthy characters with a lot of money to burn and nothing to do. They were folks, mostly middle-aged men, wife or mistress holding their arms, who had a passion for the cock fighting trade but not for the cackling in their own backyards.

In the United States animal fighting is illegal, some would say immoral. In other Spanish speaking countries, it would be considered illegal not to have it. Bull fighting in Spain, for instance, I suppose the same is true for Mexico, is said to be a metaphor of man against beast. The bullfighter represents our best qualities-yes, I know what you are thinking-and the bull is our worst animal side. When the matador faces the beast to kill, he is really trying to destroy the temptation of his worst instincts and becoming somehow a better person. Don’t tell that to the bull, because he is not going to buy it, but that is really what the meaning of the message is all about. It’s really bull, well you know what I mean.

Several years ago, on a trip through Europe I ran into a very unusual sculpture: A bullfighter, his body up in the air, gored by a bull. I liked it; it presented a different point of view. It could have been the favorite logo for my writings. I hesitated to buy it; I was in Lisbon at the time at the beginning of my tour, and decided to wait until we returned to the Portuguese capital on our way out of Europe to pick it up. Unfortunately, the exhibit was over by the time we came back and the sponsors of the exhibit could not get me in touch with the artist.

Moral of the story: always buy your favorite gored bullfighter sculpture right away. Portugal, by the way, does not allow killing of the bull by the bullfighters. The creature is sacrificed later and given to charity for food. That is more humane I guess, but I am not sure what it does to the original metaphor about our instincts. Perhaps it means to play with our temptations without really doing away with them altogether.

Cock fighting is similar in a way, but here we are dealing with a fight to the death between equals, the survival of the fittest so to speak: Darwin to the fifth power. The metaphor is about the way we behave in warfare, mostly senseless. Rooster’s hairs get a crew cut, looking like military school cadets.  Their legs are shaved as well and they get spurs that are lethal in the fight.

And the intimate “spiritual” union, sorry if I use the wrong qualifier here, between animal and owner is total. That is where Fico came into place. The person who paid him to shape his gamecock to the moment of truth expected the best performance, even if that meant risking death. Fico knew that.

The crowd screams, the bets are placed out loud, sometimes increased in the heat of the moment. And when one of the animals finally dies the multitude is pleased. Time for the next fight; money exchanges hands, cigars get bitten on. And on the way home, all the fans will share inconsequential and meaningless stories about the bird who won. But, of course, the birds didn’t know.

Fico had to awaken the anger and destructive power of the animal to its maximum performance. That is where he got his money most of the time. He could always match any rooster’s name with his employer’s family name. He spent countless hours sharpening the spurs to be more lethal. And, of course, betting for his flock when it won could also bring home some money. The dying or winning animal was not simply a bird; it was also a symbol of masculinity for its owner.

No one knew what the disappointed loser would do that night going home to wife or mistress. He may be a dud; not in the right mood perhaps. Hey, men can also have a headache, you know. She will wonder how a two-legged winged animal can compete with her charms so eloquently. And Fico suspected that all along. That is why, in a way, he was also a ladies’ man. They trusted him to deliver what his clients wanted; or else, a wasted night of love. He was an aphrodisiac to his patrons.

I never gave Fico’s practice much thought, or credit. Not until I finished reading Charles Darwin’s Origin of the Species and the importance of breeding and domestication anyway. Fico was a natural selector of the best a gamecock could be; he was really an evolutionist. His work improving the survivability of roosters could compete with every pigeon reference portrayed by Charles Darwin in his underpinning work. The qualities that survived in Fico’s birds became part of future generations of fighting roosters that would last forever. You could see in the eyes of the roosters who lived only for the hens an expression much different from those of the warriors who were not into the fun of things. The latter really meant business.

The day I left my country, forever as it turned out, while the plane taxied to the end of the runway to turn and lift its silvery wings into the warm spring sky in the direction of the Florida Keys, I noticed a tired peasant in a nearby farm, two oxen in front of him, pulling the plow to break the nasty but fertile soil I was leaving behind. His eyes were almost shut, the sun hitting his wrinkled face miserably.

I also noticed a young rooster running close behind him. He did not seem angry, just hurried. I had no idea where he was heading; probably running away from the increasing noise of the propellers of my plane. I thought of Fico then, already dead several years, for a moment. I wondered whether this specimen was one of the descendants of his creatures of war. Cock fighting was no longer popular in the country, people fighting had taken over, but I thought that Charles Darwin would have liked to know about this man who had done some evolution work in his own backyard. Was Fico real or fictitious? you may ask yourselves. Well, all I can say is that he was married to a distant relative of mine.

And that is my point of view this slow end of summer day.

A Point of View © 1996 Keeping an Eye on Virtue and Morality By Paul V. Montesino

A Point of View © 1996 Keeping an Eye on Virtue and Morality By Paul V. Montesino, PhD, MBA, CCP As we watch in painful awe the recent events in Afghanistan with the return of […]

A Point of View By Paul V. Montesino

A Point of View © 1996 The day before the day after: Afghanistan and Havana. By Paul V. Montesino, PhD, MBA, ICCP. Nothing makes more real your plans to get to an airport to leave […] 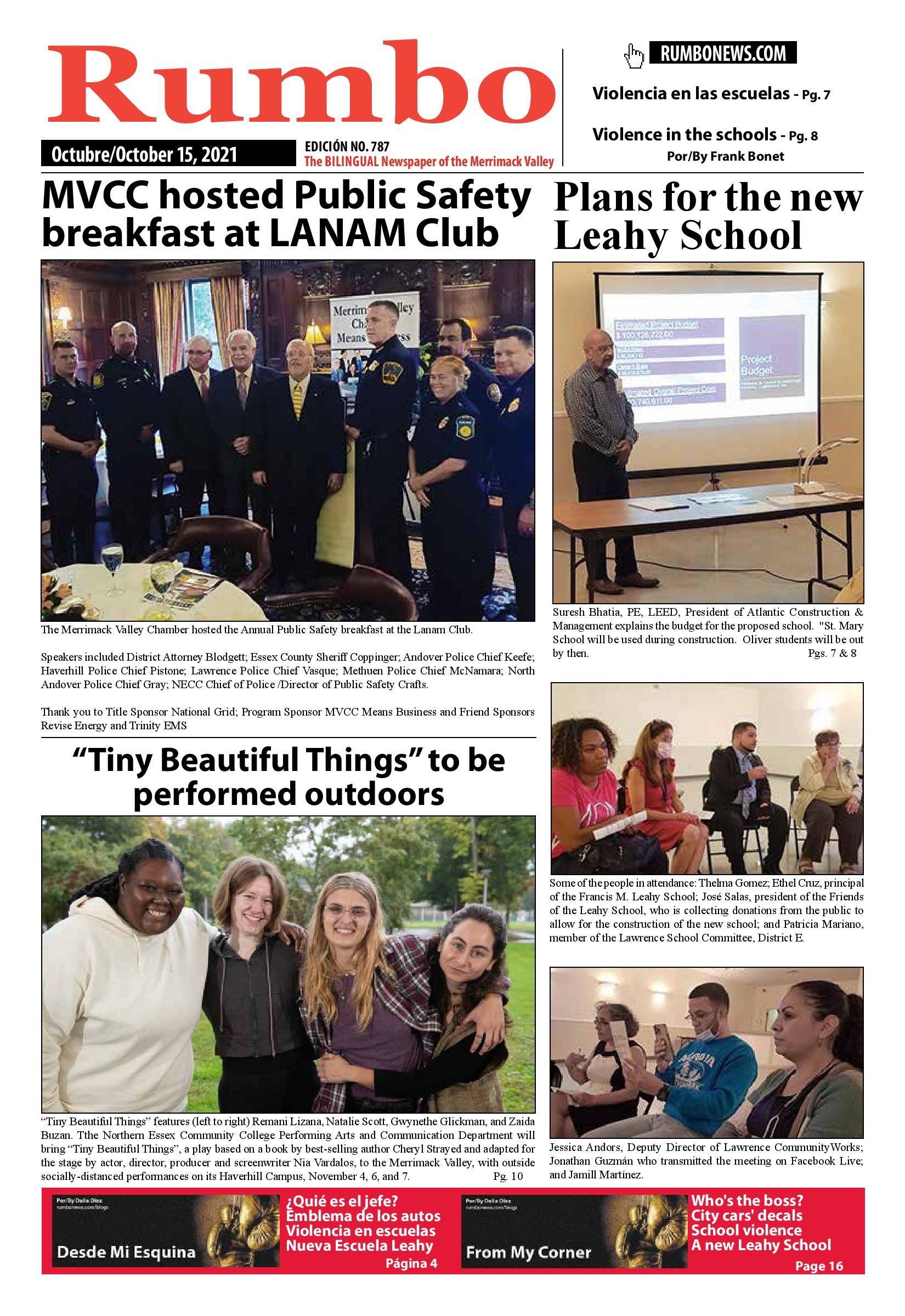