Nothing he said was personally disparaging or insulting to the residents of the city.

The President said of Lawrence, that the city is, “one of the primary sources” for fentanyl. He also said that sanctuary cities, Lawrence being one, are “safe havens for just some terrible people.”

The first fact is that Lawrence, as well as similarly situated urban communities, although Lawrence is rather unique, is a primary source of drugs. The law enforcement community on both sides of the border know this. Every time a person under arrest is booked, they must provide their address. With their address is a zip code. That information is available to police department and they are able to, after evaluating the crime data, determine where the dealers are from.

Dartmouth College, an Ivy League college, furnished the study that allowed President Trump to make the statements he made. Had he misrepresented their study, Dartmouth would have challenged him. They would not compromise their reputation as they, although not reported as having taken the position, appear to recognize the gravity of this genocide. The 413 New Hampshire families that lost loved ones to overdoses last year do, with absolute certainty.

Lawrence plays a big part in the drug problem. That is a fact

He mentioned education, treatment, and recovery as solutions.

The primary objective is the reduction in the number of dealers on the street and disrupting the drug business by making it difficult to buy. If politicians continue to turn a blind eye to the root of the opioid crisis, the number of casualties in this war will grow. Communities will become frustrated with the low number of beds in treatment facilities and ever growing number of individuals in need of services.

Drugs, dealers, and addiction will always be a part of American culture. The goal must be to take decisive action to reduce the number of new addicts. The only sure way to see such a reduction is to cause there to be a significant reduction in illegal narcotics sales.

The way to achieve the above results, and save lives, is through disciplined and vigilant policing. Law enforcement is the part of the solution. I doubt that the death penalty is realistic for drugs dealers.

I do firmly believe that each overdose was a death sentence given by a drug dealer. The bags are sold with reckless indifference because they are dealing death. Finding a control that suppresses the flood of heroin and fentanyl into the hands of the dealers and intercepting the drugs before they ever reach the buyer should be a primary law enforcement directive.

Police officers are, after all, in the business of protecting and saving lives.

President Trump mentioned sanctuary cities, identified Lawrence as one, and effectively said that some criminals live here. This is a fact. It is known, anecdotally, that there is such a thing as narco-immigration. A narco-immigrant is always illegal. They are present in the country with the intent to profit by violating the laws of the United States of America.

It is in the intent that we see the difference the undocumented immigrants, those who are the faces of this debate, and the narco-immigrants. The media portrays a single type of immigrant with a singular intent – come to the United States, work hard, and provide a better future for their children. The reality is that there are any number of immigrant profiles and not all reflect the noble sacrifice of immigrant parents thinking first of their family. There are those with the intent to sell drugs – the narco-immigrant.

Lawrence may be referred to as a sanctuary city, although Mayor Rivera’s supporters of the Lawrence Trust Ordinance reject the designation. Lawrence meets the most basic element of a sanctuary city: Lawrence has officially adopted an ordinance in a spirit defiance of the federal government, has joined with Chelsea in suing President Trump, and the city’s State Senator Barbara L’Italien and State Representative Juana Matias have signed off on Massachusetts Senate Bill No. 1305, which is effectively, a sanctuary state bill.

The debate has generated interest and stirred passion in many. Much of the debate seems to have stalled at how to refer to a city that fits the profile of what is commonly referred to as a sanctuary city. That debate is of little value because, regardless of what you choose to call it, a sanctuary city, or a Trust Act city, or something else, it is understood by all that the cities in question, and specifically Lawrence, have high concentrations of immigrants that support the narco-immigrant and their networks.

The lawsuit, City of Chelsea, City of Lawrence v. Donald J. Trump, states that Chelsea “self-identifies as a ‘sanctuary city’,” and Lawrence is a “Trust Act City.” Although there are two separate terms used, they both refer to the same practices. The lawsuit states, “[Lawrence and Chelsea] use the term ‘sanctuary city’ or ‘Trust Act City’ to refer to their policies of deprioritizing local law enforcement participation in federal civil immigration investigations and detentions…”

We know that these cities have communities that are cut off from American culture by language. When that condition exists, there is room for misinterpretation of the facts and much gets lost, literally, in translation. Factor in Cosecha and similar organizations that are actively building networks in these cities to aid in hiding people from the authorities and the perfect condition has been created for the illegal narco-immigrant.

Think about it, you live in a desperate situation in a third world country, word reaches you that there are cities where you will be protected if you are undocumented, and you can make fast money selling drugs to Americans. If you get caught, make bail and run to a new sanctuary city and find some Cosecha-types and ask for asylum because you are an undocumented immigrant.

Narco-immigrants arrive with the intent to kill Americans. It isn’t with a bullet, but a bag of dope.

Lawrence needs to own its share of the problem

The Lawrence Police Department drug unit worked a Monday through Friday schedule, almost exclusively, from 9 – 5. That is not effective and the visible signs are seen daily on the street. It is logical to conclude that, without proper enforcement, the crime will grow. It is also logical to conclude, considering its size, with an estimated 10,000 potential narco-immigrants living in Lawrence, the negative impact of narco-immigration will, without a doubt, be felt by the city’s neighbors – as far away as Maine and Vermont.

413 people died from heroin overdoses in New Hampshire last year. How many of those human beings bought their last bag of dope from Lawrence?

Close your eyes and imagine being in the home of one of the 413 families. Tell them how Trump was wrong, that there is no illegal narco-immigration problem in Lawrence, and that, on the bright side, there is one less customer coming to the city. Then tell them how this dealer that sold the bag, probably is still free and slowly murdering other people’s loved ones, looking for a new customer.

Whether you support the president or can’t wait to vote him out, he did not misrepresent the reality that is life in Lawrence.

On March 17, Lawrence General president and CEO Dianne J. Anderson, RN, MS, was honored by the New York Organization of Nursing Executives and Leaders at the organization’s 25th anniversary gala celebration. At the event, […] 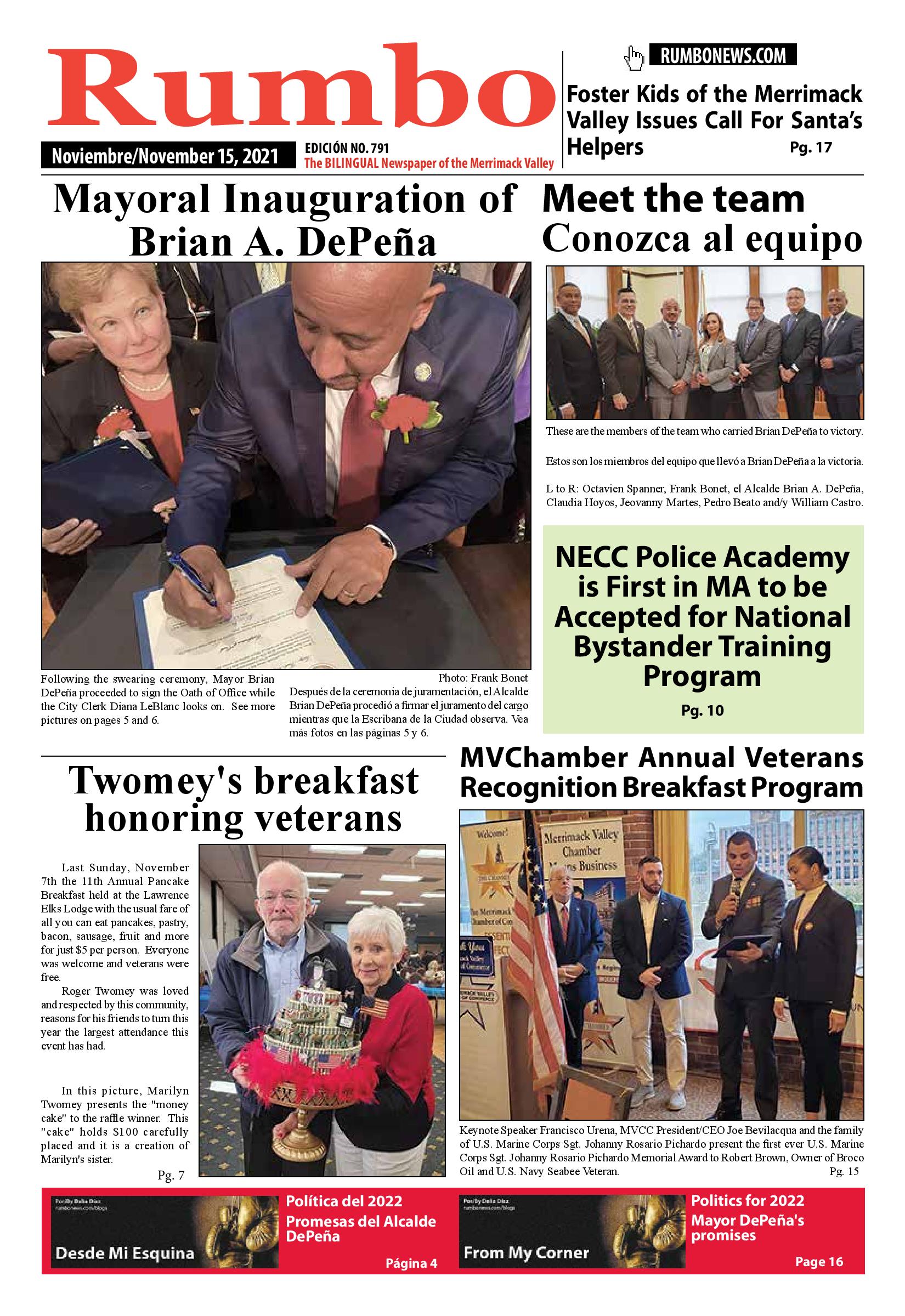