Isae Grullon of Lawrence is an essential health care worker with a chronic illness that puts her at risk every day she goes to work at Mass General Hospital; the single parent of a 15-year-old daughter, who is a sophomore at Lawrence High School; and an honors student studying journalism at Northern Essex Community College.

And—if that’s not enough—she was recently named editor-in-chief of the Observer, the college’s award-winning student newspaper, which is being delivered online during the pandemic.

As editor-in-chief, Grullon will manage a staff of student writers, create an editorial schedule for the paper, and write and edit content.

“I’m the type of person who is go-go-go. I’m not the type to stop,” explains Grullon, who has worked in health care administration for 14 years, most recently as a unit coordinator on a gynecology/oncology and surgical floor at Mass General Hospital.

Grullon has been taking courses part time at Northern Essex on and off for the past ten years. This spring, she will graduate with an associate degree in Liberal Arts: Journalism and Communication.

Last December, while most everyone else was celebrating the new year, Grullon was lying in a hospital bed contemplating her recent multiple sclerosis diagnosis, the most recent in a long line of autoimmune diseases that she has had to deal with. “It’s such a weird disease. There are so many components. I’m constantly writing down symptoms,” she says.

While Grullon initially toyed with the idea of majoring in one of the college’s 22 health care programs, she found communications to be the right fit for her. It was an idea that got started in 4th grade when her teacher Mrs. Kulig gave her $1 for an essay she wrote on her favorite month, which happened to be May, the start of warm weather.

“She liked my essay enough to give me money for it, which was amazing,” says Grullon.

Grullon has kept a journal ever since, where she writes about “things that pop into my mind.”

One of her favorite tasks throughout her career in health care has been editing other people’s work. “I care more about grammar and punctuation than anyone else I know,” she says.

After she gets her associate degree, Grullon is planning to transition her experience into a job or internship working in communications in a health care setting, possibly at Mass General.  She will continue to support her family, while studying for a bachelor’s degree.

What does she appreciate most about Northern Essex?

“The amazing professors,” she says, “So many people willing to lend a hand.”

She admits that online learning, as a result of the pandemic, has been a struggle. While she has taken online courses in the past, she prefers face-to-face. “Right now my bedroom is my school. It’s hard to separate.”

She credits her daughter, Jeidalyn, who she had when she was 18, with inspiring her and keeping her going. Her daughter is a sophomore at Abbott Academy at Lawrence High School and we will be heading for college herself in a couple of years.

“I know she is proud of me. She tells all her friends that I’m in college,” says Grullon.

Things are finally looking up in LCAT During the past 15 years, my fight for fairness has not changed insisting that Lawrence Community Access Television (Comcast Channel 8, Verizon Channel 42) allows Lawrence residents to […] 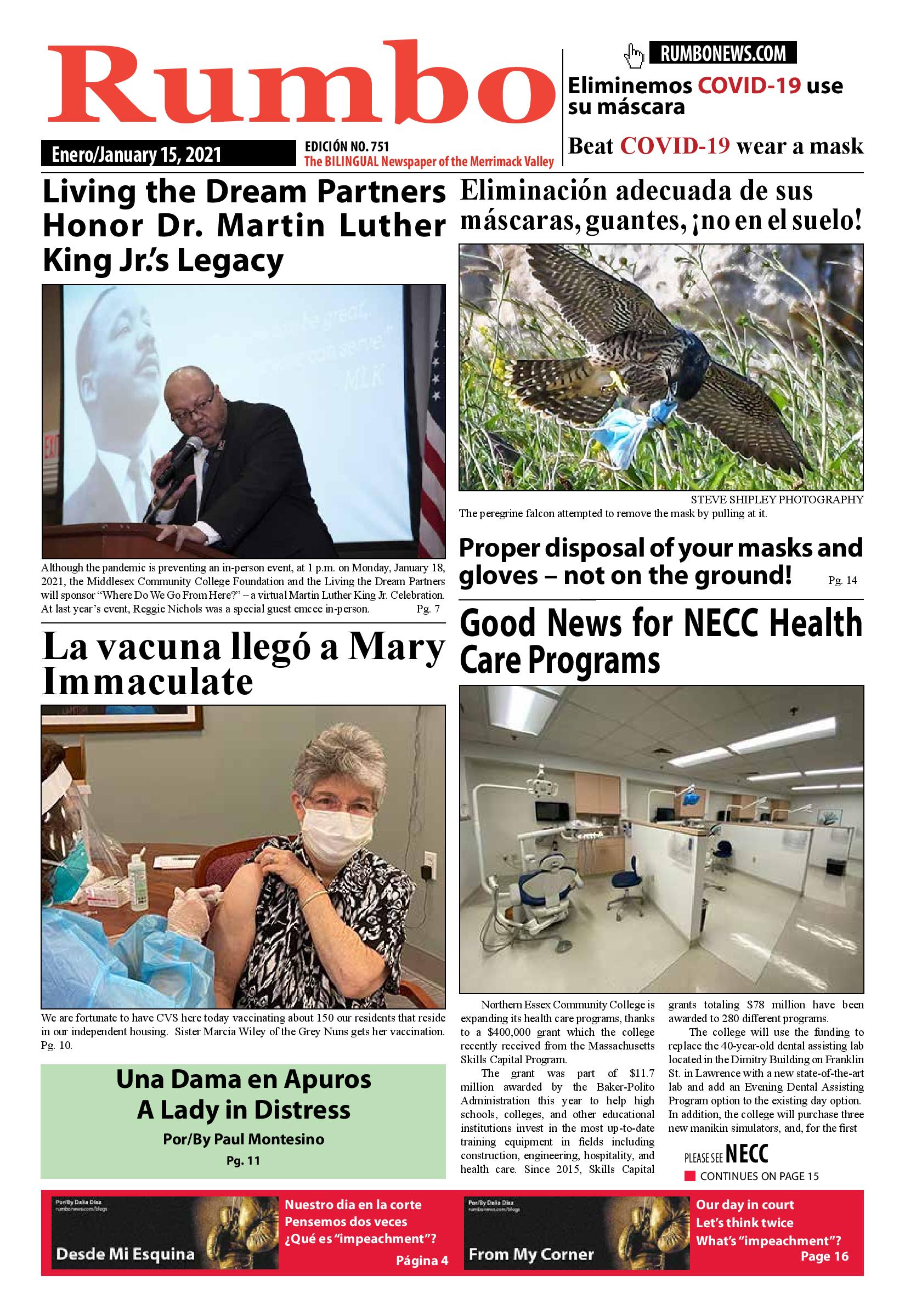