As a former Lawrence Public School committee member (elected not appointed), whom the powers at be wanted to remove so they could create this entire façade of receivership and alliance board, I call for the removal of the entire Alliance Board.  It’s almost unbelievable that it took so long for elected officials to understand how the Commonwealth has taken all control away from its people – from an overseer to a receiver all in one swoop, and the effect it has had on this community.  It’s been 10 years of overseer and 11 years of receivership and the people are still clamoring for rights and students of this community are still underperforming.  Who is to blame now!

Department of Elementary and Secondary Education Alliance board members from the City of Lawrence need to go. It’s been a long time coming and for one I have stated since the beginning how awful was the case to usurp power from its Lawrencians and hand it over to outside people that have no idea or really don’t care for its people and students. They were appointed to control the money and that’s it (not much else but to make believe they care).  After all, the LPS has received over $84.5 million and this is not money from the city budget.  CARES Act dollars totaled $6.3 million, Stimulus dollars were handed over to them a total of $24 million, and the recent American Rescue Plan Act estimate will be, for LPS alone, a staggering $54 million.

I have read that Lawrence’s district status is considered “needs assistance,” and that if districts continually underperform, they face receivership, as is the current case with Lawrence. However, I am here to tell you that the LPS does not have a receivership, it has a banana republic board that takes away the decisions that should be made by an elected school committee (including a vote of the mayor who chairs that school committee). But not even the Mayor is on the Alliance Board – so how disrespectful is that to the leader of this city?  And they want the City to pay more than the allowed net school spending?

Mr. Moriarty (a member who recently was made of his disparaging remarks and is being asked by all elected officials who represent Lawrence to step down), stated “(There’s) a period of time now that we’ve been unable to take the kinds of actions that are necessary because of the deep inequities that exist from one district to (the) next, and we know they can’t change themselves, ’cause they never do,” What Moriarty, and DESE, fails to recall is that “they” were the ones in power under 2000-2009 and they had underperforming schools then.  But you did not see any official of the Commonwealth come down to Lawrence when it had schools underperforming (political because of a Republican Mayor and the contacts of Anglo-Saxon with the Commonwealth). However, Latinos come into power, and everyone losses their minds in Boston.

Mr. Moriarty also stated, “So, if there’s any place where there needs to be a very serious conversation and a very serious intentionality about moving forward, it’s going to be in a revived accountability system that follows the end of this pandemic.”

His statement would be almost entirely funny if it weren’t because this is about our children’s education. More than half, of this community, believed that the receivership and the alliance board was the new “revived accountability system”. I realize that you don’t see yourself as the revived accountability system.  Your board is only revived to control the purse strings.

Mr. Moriarty also made this statement – “I made a comment …which I regret was insulting, and for that, I sincerely apologize,” Moriarty said. “I was referring to school districts, not people in those communities. I never meant to disparage people who live in Holyoke and Lawrence. I apologize for giving that impression. I will strive to communicate much better going forward.”

What Mr. Moriarty again fails to understand is that the school district is/are the people of the community! It’s common for folks, who are not residents of Lawrence, to not comprehend. Fifty percent of the LPS staff reside in Lawrence, and of course, all the students are from Lawrence as well.  So, whom does Mr. Moriarty disparage at the school district?  The superintendent, the teacher (who mostly reside outside of Lawrence), DESE? No, he meant what he meant, and he must go, along all the others appointed individuals from the Alliance Board.

Frank Bonet is a former Lawrence Public School committee member, a retired US Army Veteran, a former candidate for the 17th State Representative District, and currently the City’s Human Resources Director with a Master’s Degree from Cambridge College. Born in New Jersey, he has resided in the City of Lawrence since 1981. 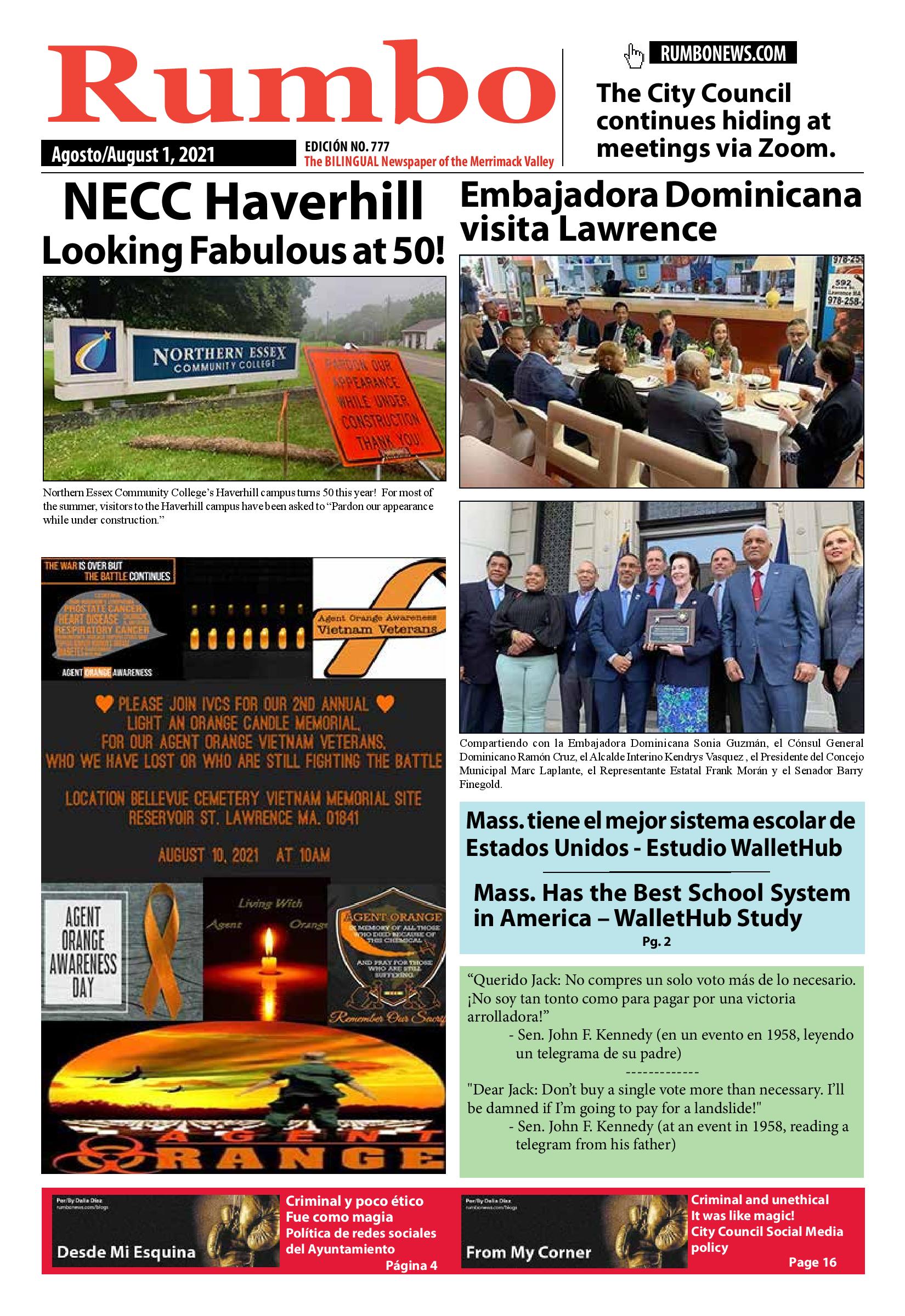